In this article, we will present a journey to Athens made by the Peruvian writer and diplomat Pedro Paz Soldán y Unanúe, which took place in May / July 1862. In the nineteenth century, Athens and Constantinople were two key destinations for the romantic travellers to the East. And so, Paz Soldán y Unanúe visits the Egypt, Syria, the Palestine, Turkey and Greece; his impressions were printed in the Memorias de un Viajero Peruano (Memoirs of a Peruvian Traveller). As far as we know, Paz Soldán is the only Hispano-American writer leaving us a testimony of a visit to the land of Pericles in the second half of nineteenth century. His memoirs of Athens depicted a lively picture of its historical monuments, society, language, religion, climate and rural life. In a word, his memoirs provide us with sober and concise descriptions, mainly to inform the reader; but we must also underline the literary and historical importance of this testimony for the study of social and cultural features of Greece at the end of nineteenth century. 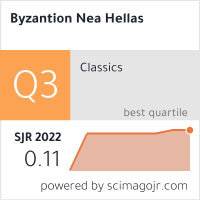